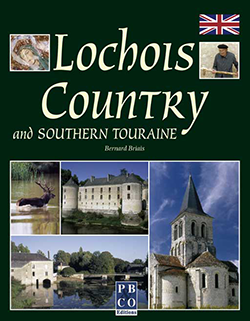 In this book dedicated to Lochois country and southern Touraine, you will be able to make astonishing discoveries. The roads and paths of this discreet, even secret region have, however, so much to tell and show to those who know how to take the time to look and listen!

Picturesque villages nestled around their ancient churches, the ruins of venerable abbeys, dented yet ever-imposing dungeons, rustic farms, harmonious landscapes with subtle nuances, fish-filled rivers with chattering waters. So many moving witnesses of the Story of Life of past generations. All of this since the dawn of time, as this region has one of the most impressive prehistoric sites of France around Le Grand-Pressigny.

Visiting Lochois country is finding Touraine as it once was: this old province which, from the banks of the Indrois to those of the Brignon, from the marsh-lands of Montrésor to the land around Ligueil, has known, perhaps better than elsewhere, how to preserve its authenticity and keep its "soul" alive.